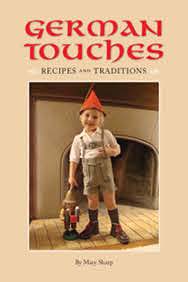 More than fifty million Americans claim German heritage, the most of any ethnic group in the United States.
German Touches: Recipes and Traditions reviews the cultural impact of that heritage—the music, the festivals, the foods, the fun. You’ll find the history of Germany and the reasons behind the mass immigration to the United States in the 1800s.

You’ll see the impact Germans have on holidays and the arts in the United States and Canada. And you’ll find a stateby-state guide to the cities, museums, and restaurants that celebrate German heritage to this day.

This is German American Life Revised and expanded.