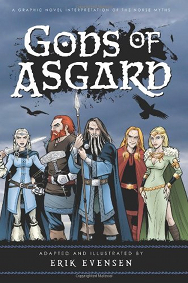 Gods of Asgard is a full-length graphic novel interpretation of the Norse myths, drawing on English translations of the original source material: the Prose and Poetic Edda, Heimskringla, Gesta Denorum, and more. It was a lifelong dream of artist/author Erik Evensen, who realized that although Norse mythology figures prominently in comics, a true, straightforward adaptation has never been published in the United States.

It was originally published with the help of a grant from the Xeric Foundation, an organization that gave financial assistance to comic book self-publishers on the basis of originality, literary and artistic merit, and commitment to the medium. Gods of Asgard recieved the maximum Xeric award for spring 2007.

Since its release in 2007, Gods of Asgard has been featured prominently in The Washington Post, on the Norse Mythology Blog, the Ashville Viking Festival, and various independent and mainstream comic conventions, including Minneapolis SpringCon and WizardWorld: Chicago. 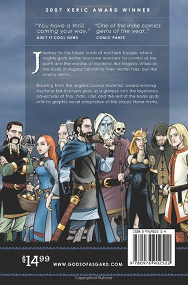