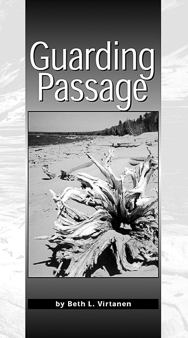 The latest work by Beth Virtanen comes as a bit of a surprise as she debuts her first book of poetry. In the Finnish-American poetic tradition, she touches on many of the themes of the Finnish diaspora, including ideas of connections to mother country and of hybridity in the new; she traverses the ground between Finnish origin myths and contemporary ideas of life in the cosmopolitan world. While moving between past and future, she takes her reader with her to the various places figured in her work: Nigeria, Puerto Rico, Denmark, Finland, and Alaska, but the central focus rests on her rendition of the world of Upper Michigan, of the natural beauty of Misery Bay, a place whose natural splendor belies its name. The vast expanse in her scope has caused some to compare her work with that of Whitman, and others see her tied firmly to the Finnish-American literary tradition that holds close to the earth; in her work, turtles and loons speak, and godheads float among the waters of Lake Superior speaking to all who are in tune enough to hear. In these poems the poet is on a quest, although the object of that quest might be highly figurative. Sometimes she strives for connections between past and future, sometimes for truth and knowledge, sometimes for the tranquility found in observing a turtle sunning itself on a rotting log.