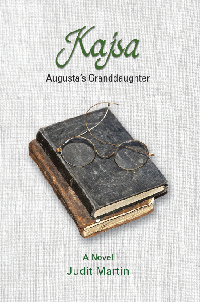 “Kajsa” is the free-standing sequel to “Augusta’s Daughter,” depicting peasant life in late-nineteenth century Sweden. It is the story of fifteen-year-old Elsa-Carolina’s illegitimate daughter Kajsa, who was placed in a foster family immediately after birth. From there, at the age of eight, she was cast out into the world on her own. With the help of the women she met along the way, she survived and eventually gained control over her life. Her situation was by no means unique.

Sweden has changed greatly since the nineteenth century, albeit in a different direction than America. In order to understand present-day Sweden, it is necessary to be aware of the past on which it is built. Kajsa’s life reflects a tiny aspect of that past.