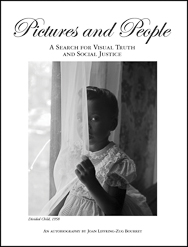 Pictures and People: A Search for Visual Truth and Social Justice 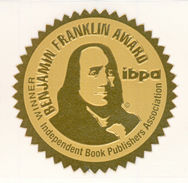 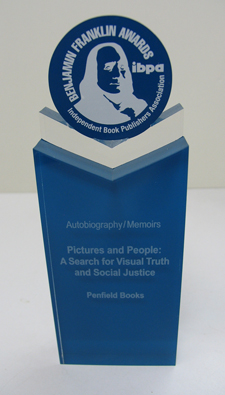 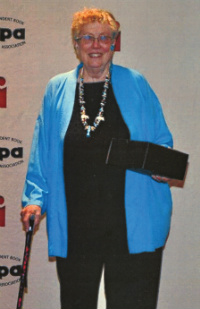 This autobiography by Joan Liffring-Zug Bourret was the top winner in the 2012 Benjamin Franklin Awards for Autobiography/Memoirs. Some 1,300 books were entered in that category.

The book covers more than sixty years of Joan’s photography, including pictures from nature, of the birth of her first son in 1951, and of the 1960s civil rights struggles in Cedar Rapids, Iowa. Also included are photographs of notables such as Grant Wood, Truman Capote, John Denver, President Reagan, President Obama, and the Rev. Martin Luther King.

More than 130 of Joan’s photographs, most in black and white, accompany the text. Included are two of her photographs, in the collection of the Metropolitan Museum of Art in New York City: a 1975 photo of Nan Wood Graham, the model for the Grant Wood’s painting “American Gothic,” and the 1962 photo of the Junior League Christmas Party.

Joan was a longtime photographer for The Des Moines Register and The Iowan magazine. She also photographed farm life in four states for children’s educational books.

Joan was elected into the Iowa Women’s Hall of Fame in 1996. She has contributed more than a million negatives to the State Historical Society of Iowa.

“Her photographs of women and men, long before gender and aging became national issues, were not only groundbreaking, they were photographs on a par with the best work of more nationally recognized photographers… They were sensitive studies of human character and emotion.” — Robert Dana, former poet laureate of Iowa